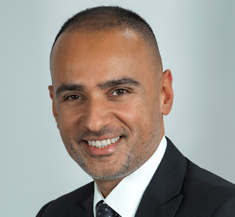 Chairman and CEO, The Investment Development Authority of Lebanon

Dr. Mazen Soueid is currently the Chairman and CEO of the Investment Development Authority of Lebanon (IDAL), the first investment promotion agency in the region. Prior to that he held several senior posts in the government and in the private sector such as Senior Advisor to the Lebanese President of the Council of Ministers, and Chief Economist of Bankmed. From 2000-2006 he was an Economist at the International Monetary Fund in Washington DC and from 1998-2000 he founded the Early Warning System for emerging markets crisis at Deutsche Bank. Dr. Soueid earned his PHD in Economics from Brown University where he also taught for a while. He has also lectured at the American University of Beirut and sits on the advisory board of the Arab University Business School. He is the author of a bestselling book on the Lebanese economy and a regular commentator for regional and international TV stations.

All Sessions by Dr. Mazen Soueid