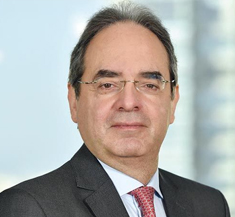 Nassib Ghobril is the Chief Economist and Head of the Economic Research & Analysis Department at Byblos Bank sal since March 2006, one Lebanon’s largest banking and financial services groups. Previously, he was Head of Research at Groupe Saradar, Head of Research at investment banking firm Lebanon Invest, and Deputy Head of Research at the Audi-Saradar Group. Mr. Ghobril has built from the ground up economic research departments at Byblos Bank and at Groupe Saradar. He has published more than 750 weekly analytical reports on the Lebanese economy and more than 740 weekly economic and financial reports on the Middle East, Africa and Emerging Markets since 2006. In addition, he has developed and launched the Byblos Bank Consumer Confidence Index, the Byblos Bank Real Estate Demand Index, the Byblos Bank Real Estate Price Perception Survey, and the Byblos Bank Car Demand Index. He is a frequent guest on local, Arab and international media outlets.

All Sessions by Nassib I. Ghobril